The US Has Been Capturing Carbon Since 1975: Maybe That's the Problem

The year, 1970, was a momentous one for environmental actions on the national and global front. But as we herald Earth Day, its ultimate place in World History may be much different.  It may be remembered as the year when mankind almost destroyed the planet with laws and regulations based on public perception rather than comprehensive science.

The speed with which the President and the European Community are charging forward on grand infrastructure plans should concern us. Feeling much more like the hard sell of a snake oil salesman, this seems more like old technology in a new package than a climate emergency.

Does President Biden truly not understand that the US has been capturing carbon since 1975 through the use of the catalytic converter and muffler system on nearly every gasoline and diesel powered engine?  As a member of the Senate when these provisions were put into place, Biden, certainly, should know what the contraption does. More importantly, he should also be aware that going electric will have limited effect on the environment but cost the average citizen big dollars as these new regulation go into effect.

What is a Catalytic Converter?

As far back as the late 1940s, the oil industry recognized that they had a smoke problem. Much of commercial usage at that time was in old retrofitted coal and wood fired furnaces which were highly inefficient. Oil was cheap so waste was not an issue, but the smoke was.  Two engineers working with an America chemist, but apparently without the input of other scientific disciplines, designed the catalytic converter to remove the solid carbon from the exhaust and convert some gases to less noxious ones.

Taxpayers, forced to pay for this expensive adaptation, have been the primary source of carbon capture since that time.  They were also put in the position of unwittingly being the  cause of an altered atmosphere that is the foundation of climate change.

What would Einstein say?

Most people are aware of Einstein's take on repeating unproductive methods--something about the definition of insanity? Yet, here we are, doing the same thing over and over again and promising different results. Is there any wonder people think this is about greed and corruption rather than a concern for the planet?

Based on several google searches, the estimated efficiency of a catalytic converter is about 95 percent for the overall life of the component.  That means that only 5% of the carbon produced by current models escapes to the atmosphere. To go further, some form of catalytic converter has been required on all manner of operations which use oil and coal as a primary energy source. That leaves the only one major source of carbon emissions left. That source would be all creatures of the animal kingdom, including humans. 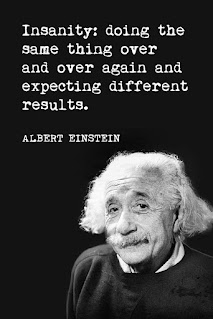 A Product of Incomplete Science

There was always going to be a time when the focus on specialization was going to come back to cause havoc. Being good at only one thing tends to make us lacking in so many others. This was one of those times.

The catalytic converter is by EPA accounts a success. According to EPA's own figures It was so successful by the mid-80s, emissions had dropped by as much as 90%.  It has been at similar levels for 40 years even though the population and fossil fuel usage has grown.

But with science, logic in one discipline can mean disaster in another. Without concern for anything more than reducing smoke, the result was cutting nature's essential minerals supply chain until only a trickle of these nutrients can now get through--in essence slowly starving all life on Planet Earth.

In a good example of the climate advocacy right hand not knowing what the left hand is doing, CO2 capture movements signature Tree Planting effort at risk.

With the average life span of a growing tree at 80-100 years, each tree will increase its need for CO2 as it gets older.  Any CO2 capture operations placed near forests will compete with the trees and may cause slower growth or even death. What's more, large scale CO2 removal could cause the tree line in natural settings to drop drastically, exposing thousands of acres of mountain land to erosion and mudslides.

In regard to the environment a bit of procrastination is more valuable than the regret of impulsiveness. 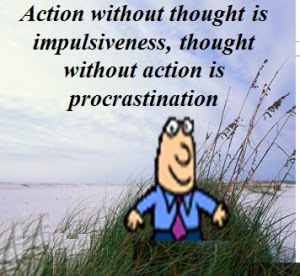 Posted by Sarah Schrumpf-Deacon at 6:40 PM