Is Bill Gates the Next Edison? For the World's Sake, Let's Hope NOT!

This week, the Gates Foundation released information about its latest infrastructure plan for curbing global warming. in an unusual turn, few major networks picked up the story and ran with it.  Perhaps it is a sign that climate change mania is ebbing and flowing to more constructive, workable solutions. But this shift away from the dramatic should be taken cautiously for the global environment has already been changed forever by a man much like Bill Gates. Even today, the World lives with the unintended consequences of an invention that still is considered environmentally friendly and preferable to other energy sources.

A hundred and forty years ago, a charismatic, driven and wealthy inventor and entrepreneur named Thomas A Edison brought an idea to local and state governments for a trouble free, cheap and continuous energy source.  His ability to work within the confines of their funding and existing infrastructure soon had cities around the World plugged into electricity.

Like Gates, Edison was focused on one goal and one goal only, to replace gas, oil and coal use as much as possible.  Also like Gates, Edison had no concern for any negative effects, not necessarily because he was hard-hearted but because the science did not exist to explain how his invention would impact ever living thing on Earth. 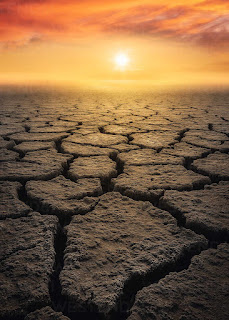 The Starting Point for Climate Change

Doing exactly what Edison had promised, electricity became the global energy source within a matter of decades. Even rural communities were hard-wired into electric distribution centers by the 1930s.

What Edison didn't know was that electricity forever altered the composition of the atmosphere and that clean air was anything but healthy.  Within three decades of electricity's adoption, the World was overwhelmed with sickness, poor nutrition, anxiety, crime and drought. Historians, like today's climate scientists, have drawn a wide variety of conclusions as to what might have been the cause.  Like then, the World today is dealing with every increasing levels of illness, food shortages, anxiety and drought as it pushes for stricter controls on low-emission energy.

History is repeating itself and man is still oblivious to his role in this dysfunctional system.

How did the planet escape the long term effects of Clean Energy in the 1930s. Only with the growth of the internal combustion engine was the atmosphere restored to its dusty, smelly mixture that nurtures all forms of life.

What is Gates' Plan? (YourTube Video of Announcement)

For all his ingenuity and effort, the solution sounds like the story line of a Home Improvement episode, the TV series whose main character, Tim the Tool Man Taylor, goes off the rails each week trying to design the most complicated and difficult way of solving a  problem. For now, it appears there is enough push back from moderate thinkers to keep him from acting on his idea.  But will that be enough to keep him from moving ahead with out concern for public heath (reactions to several medicines are possible) and property (a wave of dangerous acid rain would follow each of his treatments). 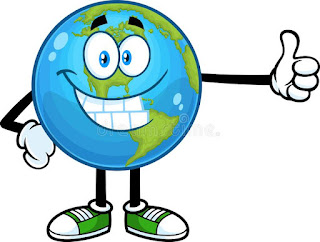 What is the Answer?

The simple way to handle this issue is to gradually reintroduce banned gases into the atmosphere. The long held belief that life forms only use one or two gases and the remaining are in some way dangerous is not supported by the studies of Geology and Organic Chemistry.  Weather may, in actuality, be the least relevant study in determining what is and is not healthy for Planet Earth.

The human tendency to blame only what we see has kept us locked into a patter of creating the very problems (racism, gun violence, drug addition, chronic illness and poverty) that we have worked so hard to create.  Think of the atmosphere  as nature's health store and how we approach the environment and pulbic health changes drastically. Best of all, the answer is cheap, automatic, impervious to capitalism and war, and doesn't require us to give up the foods and lifestyle we love. . .as long as we do it in moderation.

Nature will be ever so glad to be back in charge.

Posted by Sarah Schrumpf-Deacon at 12:21 PM