Climate Chamge 2022: Why the Bill Gates/ U.N Council Model of Climate Change is Impractical if not Completely False?

Have you ever noticed that those who have the least to lose expect the most from others? Such is the general impression of the Climate Change model that Bill Gates and the United Nations promote. Yet, to disregard these recommendations out of hand is to be just as narrow-minded as those who accept these viewpoints without proof.

Why Should Bill Gates Have A Say?

Many see Gates as an expert on everything.  In reality, there is no evidence he has any background in upper level science or math which is the foundation of knowing the difference between what a spreadsheet tells you and how nature actually works.  As a contemporary of Gates, he and I have been exposed to climate change fears since high school, but our differences in education and life experience speak to how he believes what a computer says and I believe what I see in the World.

Sheltered in so many ways, Gates' private school education, lifelong financial resources, professional upbringing and middle child status all contribute to his belief in himself more than a good education. One has to ask--If Gates were anyone else in the World, would we even listen to him? Moreover, has Gates belief in his computing skills been the single most identifiable factor in climate change disinformation? Science seems to disagree with him on a regular basis.

Here's what Gates and the U.N recommend and why their recommendations are impractical?

Reminiscent of the lovable robot on the 1960s TV show Lost in Space, one can almost see Gates flailing his arms in panic as he hollers "Danger Climate Change, Danger!" But, trends and data do not make something true, In the professional world, the phrase "Correlation does not mean causation." reminds those in leadership roles that just because two things seem connected, it does not mean they are.

Current belief in greenhouse gases fails to acknowledge that all organic fuels, not just oil, gas and coal, give off similar gases when burned.  To further invalidate the data, any living organism--plants, wildlife, sea creatures and people--give off CO2 all day every day.

How can Gates promise that this will fix climate change when vitually everything gives off the CO2 gas he proclaims to find dangerous. Doesn't make sense does it?

Another little known tidbit about Gates is that he established a investment firm in 2015 for the purpose of creating solutions to climate change.  Clearly, deferring to his wealthy lifestyle, Gates' plan seeks leverage $5.7 trillion dollars in global investment from governments and concerned donors.  Of course, the expense will be passed on to the consumers while these climate fixing companies make millions of dollars in the process.

Oddly, Nature has taken care of the whole planet in a sustainable, revenue neutral operation since time began.  It would seem neither the U.N nor Bill Gates feels human extinction is important enough lose money on.

If Nature has a working model that has been cheap and successful for thousands of years, why would people want to spend trillions of dollars making a rich man even richer? Doesn't make sense, does it?

Plant based Diets - Short on Nutrients and Long on Cost 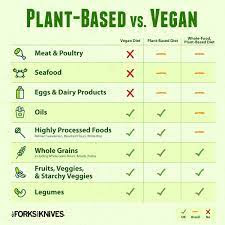 Oh what people are willing to believe when they do not know what they are talking about  The plant based diet part of this plan seems very contradictory.  All forms of animal protein including meat, poultry, seafood, eggs and milk are considered off limits even though the animals that produce them are net zero carbon-emission beings.  Junk food and food that is produced in high energy manufacturing plants are acceptable regardless of food value.  Fresh fruits, vegetables and grains are also recommended without considering the carbon-footprint that their refrigeration, storage and preservation would cause.

Most importantly,high carbohydrate, low protein diets would be certain cause higher rates of diabetes and increase the chances of death after severe illness. In the early 20th century the USDA linked the high rate of childhood death to poor nutrition who lived mosly on home raised foods. Often limited in in protein and B vitamins, such diets would lead to weaker muscles, lower brain performance and lower immune responses.

More illusion and scam than something that can actually be measure, the concept of net zero carbon emissions is a way to gaslight leaders and the public with mountains of data. Not something nature is concerned with, if  CO2 is readily available, it signals more plant growth. If those carbon-based gases are not present in the atmosphere, plants simply stop growing. Nature has an automated fail safe method of keeping us and the planet healthy. After fifty years of infrastructure regulations and hype, man's methods have done far more damage than leaving nature alone, ever could.

This plan is designed to drive the economies of industrialized worlds while further jeopardizing the strength of the atmosphere. It is a shame that celebrities have the power to manipulate loyalty for their own purpose.

Posted by Sarah Schrumpf-Deacon at 10:52 PM