** An interesting followup. The father of the young women killed in this attack has decided to run for political office. A well off business man, he has worked for seven years to bring gun control to the state and country. He openly admits that he has tried everything and is running as his last hope of making an impact. Good luck to him and others life him who see this as an important national issue.
**This was originally written on August 25, 2015 and sent to the Old Farmers Almanac as an entry into its "New Holiday" writing contest. I repost this today to remember that as citizens we all have something to lose when we chose violence and force over discussion and compromise. It is a shame to realize we have not come far in the last 6 years. If anything gun violence is an even greater problem as people violence invades even children's birthday parties and school buildings. 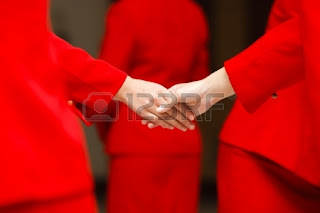 Two young people died this morning in another random shooting.  The victims worked as a morning news crew.  The shooting happened on air as thousands of viewers, including children getting ready for school, watched in horror. In this rural community, random violence has become the norm, not the exception. Can a new National holiday bring us together? Can a one-day celebration be the call-to-action which returns a sense of peace and togetherness to a broken society?.

National holidays are, by their nature, events that celebrate the broader base of the population.  Such days recognize service and times of goodwill.  In keeping with this tradition, it is time for a Citizen’s Day to be recognized - a time to remember the meaning of the phrase “Life, Liberty and the Pursuit of Happiness” as well as a time to acknowledge that one person’s rights do not negate another’s. .

Our country has very little respect for civility. Violence and public disagreements have become the problem-solving tools.. As our country moves into a national election and subsequent time of transition, voters should consider their choice carefully.  Would the candidate support a Citizen’s Day holiday? For the sake of this country, one hopes they would.

Posted by Sarah Schrumpf-Deacon at 10:47 AM No comments: