DACA Citizenship: It Could Have Been So Easy

What is it about political leadership that gravitates to the sneaky and underhanded while avoiding simple and practical solutions?   As  today's headlines (9/20/2021) report the breakdown of a plan to slip a massive immigration overhaul into a $3.5 billion dollar budget, it seems our leadership has sunk even further into a state of poor character and winner-take-all tactics.

The definition of good character in politics has popped into my head many times over the last few decades. It first came to my notice during the reign of Newt Gingrich, a Republican version of today's Nancy Pelosi.  Gingrich's 100 day agenda conflicted with the plans of then President Bill Clinton.  The tactics then were very similar to those employed now. Gingrich may have ushered in our modern era of aggressive House leadership but that is not to say other officials have not been just as ruthless and uncompromising in the Senate.

I pose some question to those in Congress: Is your job to manage government and do things by procedure, or were you put in office to lead and do what is right even if the solution cannot be turned into a political advantage?  Did you ever think there was a simple solution to the DACA and immigration issue?  Did you ever look for one or is this all just about winning the fight?

I suppose both parties believe that, as leaders, they do the right thing while excusing themselves from any real ethical issues.  But the question as always is--does Congress (and any President) bother to look for a practical answer to the problem or is it more of an ego boost to strong arm resolutions and create more division in this already divided country? Isn't DACA, like abortion, nothing more than a polarizing issue that is valuable only when it is unresolved?

My first experience with a child of illegal immigrants came long before DACA existed.  As a teacher in an area with a large Hispanic population, it was normal to have diversity in the classroom. Even under those conditions, it was a surprise when a particularly bright and capable young woman revealed that she was not, nor could she become, a US citizen as she had crossed the border illegally when she was but three years old. Unlike her younger siblings, who had been born in this country, she alone lived without a path to citizenship and planned her after-graduation future in the shadow of uncertainty.

Immigration has never been a hard and fast policy in this country. Perhaps that is why it has become such a problem. But, there was a time when Congress acted to shore up immigration rules and put limits on who could and could not stay permanently. The focus was not paperwork but meeting certain requirements that helped future citizens assimilate into the local community. These requirements are clearly and easily found here.

The provisions for citizenship set up more than a hundred years ago (1882) were, and still are, simple and straightforward. Citizenship can be achieved in as little as three years if the person is so inclined. Every President and member of Congress in the last decade has apparently forgotten that such laws are firmly in place and preferred to make this situation another 'never-ending political campaign debate. Choosing a signature on paper and political posturing over thought and creativity, an estimated 800,000 young people live in limbo since former President Barrack Obama created the Dreamers initiative in 2012.

By design, the requirements for citizenship are quite similar to the requirements of graduating from public high school. Students typically are required to provide proof of residence and to attend a minimum number of days to earn this credential. If education law is adhered to, students must demonstrate the ability to understand and converse in standard English and obtain a marketable skill before graduating. Frequently, students must be near or have passed the age of 18 and must have demonstrated some level of good character and ethical understanding for confirmation. All of these are found as a requirement for naturalization to this country.

There is, of course, the issue of the Citizenship test, but that is a relatively new provision in immigration law (established in 1986 and revised in 2018). That requirement is also a general part of the high school curriculum. Without realizing it, many native born Americans take the test for a grade in a Civics, Government or US History class. Some do not pass.

So what is all the fuss about and why are young people who have lived in this country for nearly their entire lives being denied citizenship? Clearly, it boils down to a lack of paperwork. Could Congress not put an end to this torture by simply adopting a procedure whereby DACA individuals provide proof of graduation from an accredited public high school in lieu of visa or permanent residence applications. Rather than the eight year timeline proposed by President Joe Biden punctuated by Supreme Court challenges and political grandstanding, citizenship could reasonably be granted without further delays.

While this will not end the debate of the current open border policy, it could provide a reasonable path to citizenship for children left in the care of what is supposed to be a good and caring country.

Posted by Sarah Schrumpf-Deacon at 7:32 AM No comments: 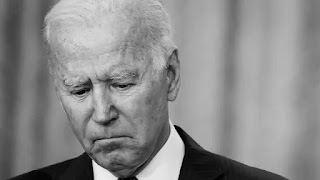 While it may have been more respectful to send this directly to you as a citizen comment, I, like many citizens, long-ago realized that the chances of unsolicited input having any real impact on an elected official is approximately the same as winning the Power Ball Lottery with an EasyPick ticket. Nonetheless, there is always hope that these words will someday make an impression on you and your staff.

Mr. President, it is time for the COVID talk.

Too often in this country, federal and local officials have focused on the image of prosperity rather than long-term sustainability as a yardstick for change.  Never considering that these actions would have far-reaching consequences for millions of average citizens, you and other politicians took this country down a path to massive healthcare that thumbed-its nose at nature and broke the one abiding principle of medicine--to do no harm.  Like the opioid crisis that continues to kill an indeterminable number of poor and elderly, COVID-19 is not some freak occurrence of nature but the natural response of caring more about a political platform than healthy and practical living.

Mr. President, what is this all about?  Do you really believe in vaccines so much that you are willing to threaten people with the loss of their jobs and income? Are you just now realizing that the millions of doses of vaccine that you and your predecessor mindlessly purchased are never going to be used?  What is this really about?

From the beginning of this pandemic, specialists cautioned leaders against banking on a one-time vaccine.  They knew the Coronavirus was endemic (common) and a natural part of building immunity for a healthy life. It has always changed rapidly for the purpose of challenging the body's immune system over time and it will continue to change regardless of the production of millions of vials of vaccine.  Ironically, the Coronavirus is easily kept in check when the environment is healthy and people live within those environmental guidelines. That, Mr. President,  is what Americans no longer have--a healthy and functioning environment.

The enemy here is not a simple virus that will survive for centuries to come. The enemy here is fifty years of government acting like God to change the environment. If you want to bring an end to COVID-19, it won't be through semi-annual shots but when sulfur (a natural disinfectant) returns to the atmosphere and minerals like magnesium again dirty our water.

Your strength as a leader is not in following a prescribed political agenda.  You did not rise to the top because you were better than the others but because you had a blunt ring of truth in your words. Now, you follow the advice of a paper-pushing doctor who is as responsible for this crisis as anyone in government.  Not once has Anthony Fauci recommended daily vitamins or more protein in the diet as a way to combat COVID. Not once has he acknowledged that immunosuppresant drugs counteract the very vaccine he promotes. Not once has Fauci laid out a path of  healthy living that does not promote the healthcare industry he has been tasked with supporting.  Is this about public health or public healthcare?

COVID will never end but the end of this crisis will come only when you listen to someone other than Fauci and consider that for all its perceived benefits, clean air and clean water are anything but healthy.  Thus ends the lesson.

Posted by Sarah Schrumpf-Deacon at 1:54 AM No comments:

Life Resumes: A Better Approach Ahead

As Labor Day winds down and we move into the Fall, it is time to get back to what matters--relating to people.  Certainly, personal interaction would be preferred to relying on a blog writer, but today's standard and social environment does not encourage open discussion.  As the country comes out of lock down, political parties, journalists and lobbyists continue to stir the pot for personal gain.  This author can only hope that those who follow this blog have gained some benefit from its words.

Over the next few week, this platform will change its layout.  New pages will be added to organize older articles for easier access. A broader range of topics will be available and be related to ongoing current events.  Our partnership with Medium (www.medium.com) will also be expanded for greater access and searchability.

Ultimately, the focus is not on what the author's thoughts but on what kind of information is needed to create an educated and  informed public.  Some may call that "misinformation" but without differing viewpoints that come together to form social consensus, there is no way to achieve peace and understanding.  Prayer, hope and legislation do not make Peace happen-only information can do that.

Please return soon to see what we have accomplished for your enjoyment. Also remember that the author does not receive any compensation from advertisers or political supporters.  The information written here is thoroughly research and not intended to support any political agenda.

Thank you for the opportunity to reach others. 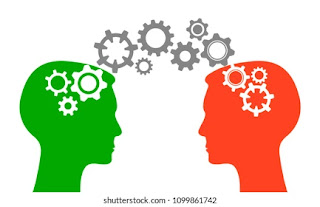 Posted by Sarah Schrumpf-Deacon at 9:42 AM No comments: