Election 2020: The IRS, The USPS and the Responsible Voter

To Present and Future Voters,

It's Friday morning and with nothing better to do, I decided to contact the IRS. The decision was not as random as that sounds. With a missing stimulus payment and a set of April-mailed paper returns hanging out in Government-No-Man's-Land, there was a purpose in the phone call. Besides, what else is someone my age suppose to do while “STAYING SAFE AT HOME”? There is only so much you can clean, plant and bake as we all know.

I had tried this before with little success, but today was different. Using a phone number from an old IRS notice, I reached a human being within a few minutes. The agent was pleasant and willing to do what he could to help me out. After a few good laughs about COVID-19, he basically said there was nothing he could do to move the process along, We continued to chat for a while and he provided some insight into life inside the IRS. For the first time in a long time, I came away with more understanding than frustration in regard to our chaotic government.

Certainly, I could go into more detail but a few of tidbits from our conversation are below:

WHY AM I WRITING?

At this point, I have rewritten this part a half dozen times or more. Being a school board representative for six years was a hard lesson in handling political discussion - like dynamite - one mistake and you have an explosion. I want to be clear – I am not here to tell you WHO to vote for. My only purpose is to provide a perspective about government that few people understand – that is – unless they have served as an elected official.

By design, the power of those who are elected is limited. Simply put, their role is to provide direction for government and to supply the funding for its functions.  THAT'S ALL. It should be mentioned here that actual spending is the responsibility of each agency. Funding without direction and direction without funding are two sides of the same poor leadership coin. In my mind its like losing weight. Reducing calories alone without good planning and understanding can jeopardize your health as much as weighing too much cam. The anorexic person can never cut calories enough and the obese one can never satisfy their hunger.  Government is the same. As a voter, you are responsible for seeing that you elect someone who will provide a healthy balance between funding and purpose.  That is your function in a representative democracy.

On August 22, 2020, Congressman Ben Cline (R. Virginia) voted against H.R. 8015 supporting increased funding for the U.S. Postal Service. Even though the bill passed with bipartisan support, it was largely a symbolic gesture and was not acted on by the Senate - being tabled until after Nov. 3rd. But, what could a lack of USPS funding actually mean for this district?

To take it a step further, if Congress cannot determine how money is spent, it can also not determine how it is saved. Certainly, budget cuts could come from salary reductions for upper management who may have never handled a letter, but they could also mean the loss of mail carrier jobs locally. It could mean the end of expensive travel and conference trips or it could mean that carriers have 5 hours to cover a route that normally takes 6.  As expenditures go, it could mean salary increases for mail carriers and sorting staff or it could mean a few thousands spend on public relations campaigns to make citizen think everything is good when actually it isn't.

So, if I am not trying to tell you who to vote for, what am I trying to do?

The goal here is understanding how your vote impacts what type of government we have in January 2021. Here's a few things to consider.

Well, I guess that is all I can say about this.  Thank you very much for taking the time to read this point of view. I can only hope you have found something useful in it.

Rights of Government or Abuse of Power? Late Fees in Lockdown

For the most part, my husband and I have taken this Pandemic thing in stride. We planted a garden, landscaped the yard, cleaned the house and gave up going out to dinner on Friday evenings.  We have not developed anxiety because of our age (high risk y'know) or stressed too much about the postponing of nearly every travel plan we had for the year. In general, we were model pandemic survivors. 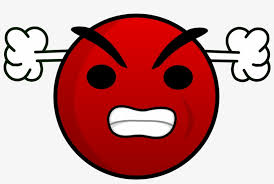 That was until, life began to get back to normal.

Never in my wildest dreams did I expect to find all levels of government operating as if this was a normal year and refusing to adapt to a different way of life.

As much as I had hoped to spend the late summer and fall, writing a positive take on pandemic life, my life has been overshadowed by government agencies that are operating fully believing that life is normal and restrictions and flexibility are for others.

The sad part of this is that the mindset isn't just a single incident but a pervasive attitude that they have a right to be unyielding and unresponsive.  With the Election 2020 just a few months away, one might think there is no real time to make a stand.  As a Virginia Resident, there is always an election on the horizon.  You see, Virginia is one of two states which have off year state and local elections.

Over the next few weeks, I'll be spending some time preparing posts which I hope with educate as much a entertain those who have a some what skewed viewpoint of how state, local and federal government operate and "abuse" taxpayers in the process. There are so many quirky little things that every citizen should know.

Posted by Sarah Schrumpf-Deacon at 10:38 AM No comments:

Return from Exile: The End of a Self-Imposed Period of Reflection

Within a matter of weeks, I had gone from a successfully rated ghost writer to being part of the ever growing supply of "fake news".  Nothing had changed in my freelance job or client requests but something had changed in the way I viewed my writing and its role in keeping people informed.
It started with an uneasiness in my sense of ethics and soon progressed to outright anger as I was critiqued by today's not-too-high standards of internet information.  I might not have much in this world but I still had my sense of honor and responsibility to those who would read what I put down in print.
Certainly, there were other factors in making this a 15-month period of self-exile and reflection.  The death of a relative, health issues that dogged me as well as a few important lifestyle decisions that needed careful planning.  Writing 10,000 words a week and meeting deadlines, even on weekends, leaves precious little time for one's own thoughts.  Quitting was the only path to taking care of personal and family concerns.  AND SO I DID - without notice and without regrets.
Now, coming back and doing this the way I had planned seems doable.  A challenging Summer that moved into a difficult Fall which morphed into a world altering few weeks in isolation has a way of letting light into the conscious mind.  BUT IN MY CASE - a few weeks in isolation gave my family the focus it craved for some long-awaited personal adjustments.
Life is not that different than before. I still type on a 12-year old Mac computer.  The dog still spends many hours at my feet and I do not spend nearly enough time cleaning house.  Additions include a nicely retired spouse, some improvement in the health department and a view of the future that seems secure and interesting.
That said, there will be some changes in what you will see on this blog and how it will be presented. The gist of it is this:
Author Only Posts
Unlike other media outlets, every word here will be written by me or cited to give credit to the original author as it always has been.
Classified for Clarity
Each posts\ will be labeled to identify its purpose. Posts will never be to "stir-the-pot" or pit one group against another. I write for my own pleasure but also because I feel the responsibility to accurately present the public with information to make their lives better.  That sense of responsibility is what separates 'Journalism' from internet marketing.
NO PAYMENT FROM ADVERTISERS
The blog will be 100% reader and author supported.  I ask that you consider supporting this blog if you find something of interest. For now, all I can do is thank you for reading and taking the time to comment appropriately.
I suppose that's all there is for now.
Welcome to the New Just a Touch of Sass
Its Author
Sarah Schrumpt-Deacon
Posted by Sarah Schrumpf-Deacon at 12:45 PM No comments: