When Skies are Too Blue

The Pandemic has given all of us some time to reflect and in doing so, some interesting questions have popped up. Now 10 weeks into researching and writing a book on nutrition and human health, I noticed the extremely blue skies during a slightly volatile winter.  The sky was just "too blue" for early March and it made me wary.  Blue skies belong in deserts not East Coast rural farmland. Was I finally losing my perspective after a year at home or is this nagging feeling that something is wrong worth looking into?

I suppose I started noticing the sky after my granddaughter was born. Always fascinated by clouds and stars myself, I hoped that she would come to Grammie's and sit on the back stoop and imagine what the clouds were.  But as i dreamt of those days, I got a funny feeling that might never be possible.  I hadn't seen actual CLOUDS in a while--you know, the kind that move across the sky and blot out the sun for a few brief moments only to travel on as quickly as they had come. Regardless of what the weather predicted, the skies here were overcast or completely clear.  The few times that the fluffy, white variety made an appearance, they were low on the horizon and never high up in the sky.  What had happened to the clouds that I knew as a child?  What did that mean for the long summer ahead?  What did it mean for the environment that depended on them? 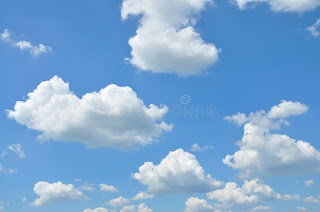 I had stopped listening to the panicked news reports of greenhouse gases causing global warming a long time ago.  I did not doubt there was something out there that was wrong with the environment but I knew carbon dioxide gas was not the cause of the heat wave that would hit every July nor did it keep my car windows from icing over for several months in the winter.

My education as a kid had been a good one.  As a child of the Space Race when the term STEM (Science Technology Engineering and Mathematics) was first coined, a good understanding of science was one thing I had been given.  Following that with a college education that included physical science, sociology, psychology, microbiology and human growth and development, I knew the mass of a carbon dioxide atom  was not large enough to hold heat for very long.  To further punctuate the misguided nature of greenhouse gases, conduction of heat required sustained contact between molecules  and gas molecules did not touch each other often enough or long enough to do that.    As a farmer/ gardener, I had experienced the difference between soil temperature and air temperature every March.  Planting could start when soil temperatures reached 55 degrees even when air temperatures were much lower.  The sun warmed the Earth, not carbon based gases.

But if greenhouse gases weren't destroying the clouds as computer models said so, what was causing this phenomenon.  More importantly, why did no one realize that without clouds, the suns rays would not be reflected back into space where such radiation could do little harm.

Surely, science had not become that ingrained into computers that people did not realize that clouds had a vitally important role in redistributing moisture and minerals around the globe.  As beautiful as they are, clouds perform a major cleaning process in the environment by taking high concentrations of mineral compounds (gaseous) and with water as a kind of glue, returning them to farmland and vegetation far away from where cities produce the nasty smog.

As I was pondering the science that was so simply taught to me in elementary school, I wondered if people understood why greenhouse gas theory was wrong and why blue skies were not a good thing to have.  It had been fifty years since the Clean Air Act of 1970 was passed, had they been taught something different than what I had been taught?

I gave one more look into the bright blue and cold Spring sky and realized this was a concept I needed to research further.  What had happened to the clouds? And sadly, why was noone concerned about their disappearance?
Posted by Sarah Schrumpf-Deacon at 8:59 PM No comments:

Several years ago, I was privileged to attend the 65th National FCCLA Convention (Family, Career, and Community Leaders of America). As a state advisor that year, my state officer and I enjoyed a week of hard work and fun times in downtown Chicago. For many of the 5,000 or so participants, it was an exciting to see a part of the US that differed tremendously from their own home towns. Quite similar to the Country Mouse/ City Mouse fable, it was a learning experience even for those with some travel under their belts. 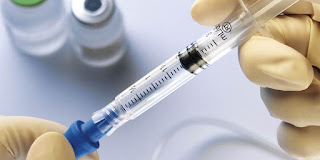 All of us have adopted different habits and hobbies during the pandemic and one of mine is reading headlines.  Notice I said 'headlines' and not 'news'.  There is something telling about the author in the headline.  Is it to shock the reader into opening the link or is it just general information that might be reported by a dozen different news outlets? The headlines that cause me the most concern are the ones that claim inequality without any understanding the community they are describing.

Certainly, our time in Chicago that year, and the years we have gone to Washington, San Diego, Orlando and Nashville have been eye opening for these young people.  But, what about all those city dwellers who have only experienced country life from the balcony of a resort hotel or ski lodge.  Just like the City Mouse and Country Mouse, journalists and bloggers who sit in their 12th story apartments have little direct knowledge of what the situation really is.

Today, the headline that caught my eye was proclaiming great concern over "pharmacy deserts".  It made so little sense to me, I had to wonder if it was a typo.  But, alas, the term was correct at least as far as it goes.

'Desert' has become the new descriptor for anything that is more than a few blocks away or not available on demand. When you live in a place where distance is not measured in blocks, you have a different meaning for the word - convenience.  The time has come for writers and those in communication fields to evaluate news on more than just convenience and immediacy.

During that week in Chicago, it was a thrill to be able to have four restaurants, a shoe store, grocery store and deli and an emergency clinic all within a short jaunt.  But the vast majority of the US population does not live in such a world and to claim we are disadvantaged, disparaged or treated unequally is not a failure of the system but a failure of some who think everyone must live the same.

The reality is that, most of us choose to live in a situation where we have to wait for things. We learned long ago that if we needed and wanted it immediately, there were ways to get it and if we couldn't get it, it was probably because it wasn't available.

What those who judge do not understand, is that rural communities might not be the first on the list, but they will make quicker use of the vaccine when it arrives and have fewer snafus along the way. The state of West Virginia has already proven that with one of the highest rates of vaccination in the country.

It has been a testament to the American spirit that while our national government continues to be divided to the extreme, people have creatively addressed the challenges of this pandemic to make it work in spite of leadership.  While some worried about naming a community that didn't have a pharmacy, nurses and doctors figured out how to transport vaccines and get them to patients in a timely fashion. All without Facebook posts and 6 o'clock news coverage.

Posted by Sarah Schrumpf-Deacon at 2:46 PM No comments: