We apologize for any disrespect Climate scientists may be feeling at this time but the author stands by the explanation here. At any time, NOAA staff wishes to show hard data about this issues instead of speculation, we will be appay to amend our findings accordingly.

OK Folks! Time for everyone to take a breath and step back from the climate change rhetoric. With the United Nations Secretary General apparently calling global leadership "liars" and apocalyptic news reports coming from advocacy media groups such as The Guardian and National Public Radio (NPR), it might be time to widen the lens through which we view the concept of climate change. Who knows? Tweaking a viewpoint may be all that is needed to build consensus and motivate the World.

Consider, just for a moment, what personal bias does to the human thought process.  Is it possible that the science is accurate but the interpretation is wrong? Is it possible that personal values come into play when moving forward? A little history, a bit of redefinition and finally a more respectful and open-minded tone could be the answer to solving climate change without deadlines, regulations and personal sacrifice.

Looking Back to Understand the Problem

Most historians will admit that the last 100 years have not been kind to Planet Earth. Two World Wars, pandemics, widespread drought and food shortages, along with a decade of financial collapse turned this country that was founded on hopes and dreams into one that gauges every decision on fear of real or imagined dangers..  With the exception of a few years between WWII and the Vietnam Offensive(a time of high prosperity, low health care costs, strong community support and a mostly positive attitude), the United States has responded protectively even in cases of low risk. If we can identify what the difference was in the 1950s, it might be possible to understand the panic that surrounds today's climate change studies.

What is rarely mentioned is that while America polluted the environment at record levels in the 50s and early 60s,  citizens experienced generally good health and used health care only as a last resort. Pandemics came and went with little impact and weather patterns were so stable crops rarely failed. Moreover, regular food testing showed high nutrient levels in foods and little food waste.  So, if a polluted environment is an unhealthy one, why were the 1950s such a positive time in American life? Could it be that our desire for a pretty environment overshadowed the science that keeps the planet operating efficiently?

Looking further, this was a time of growing political competition and tensions between World leaders. First the Marshall Plan failed to unify and reorganize Germany as a democratic state, a historic sore spot that continues to cause difficulties with Russia.  Then, the US unexpectedly lost the space race to the Soviet Union, adding even more pressure to shine on the global stage.  When leaders realized that American students lagged behind other cultures in academic performance, what had been a program for employment quickly shifted to one of science and math. Did we seek to solve problems that were only in our mind or was pollution really the human and environmental danger we made it out to be?

To be fair, everything was changing so rapidly, oversight and regulations mattered little. No one considered the ramifications of replacing scientific investigation with supposition. Partially right was good enough as long as it worked. Even now, we see how the goal to have a COVID-19 vaccine was more about being first and winning the battle quickly, and not dealing with the underlying flaws of the healthcare system that put too many people at risk.  As we go into the third year of COVID infections, those who had studied the virus understood the limitations of vaccines and new treatments.  Like climate change, their voices were drowned out by ambition and status. 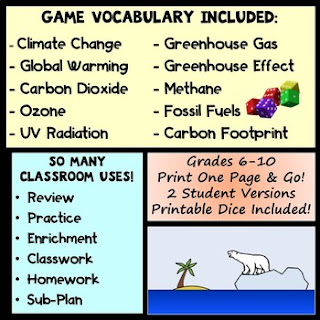 Before we can understand each other, we need a common vocabulary. While climate change words are toss out as if we were born understanding them, there is a great deal of difference in how they are viewed.   Green house Gas does not mean any gas you want to regulate. The Greenhouse Effect is a term synonymous with passive solar architecture and does not depend on CO2 gas. Global Warming is a highly emotional topic that sends fear through the hearts of all coastal dwellers but can be easily disproved by substituting a little math for random data collection. Consensus requires stable definitions and identifiable problems.

From a science viewpoint, GreenEnergy starts with growing plants and animals which are used by the living to sustain life. That which cannot be used for food is then burned and used for heat and light.  What remains after all that breaks down and restores the soil so that the cycle can start over again.  Operating effortlessly since time began, with the exception of the last 150 years, there is no system more efficient or sustainable.

Whether it sits well with our present view of climate change or not, burning organic waste and fuel is the simplest way to keep the planet functioning so that all life is healthy.

Of all the issues, personal viewpoints, loyalties and mindsets are the biggest road blocks to developing consensus.  Without concern for what impacts its citizens, the US supports NATO, the United Nations and the European Union in their belief of climate change trends and data rather than practical knowledge. Even in the face of mounting evidence that its own regulation played a significant role in environmental damage, supporting a science fiction version of climate change is more important.

Only a willingness to look at the past in a new light will make it possible to break the bonds that tie political allies tightly together. Who will be the first to break the chains and admit human errors from over fifty years ago laid the foundation for today's erratic weather and poor public health.

Posted by Sarah Schrumpf-Deacon at 10:02 PM