What Brits Should Have Always Known: John Tyndall Knew Nothing about Climate 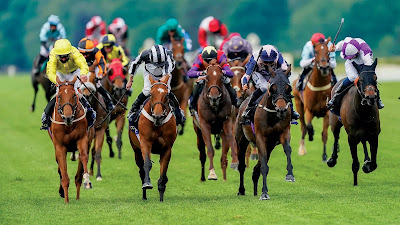 Now that Royal Ascot has come to a close for 2022, this year's show-stealing headlines are more temperatures, not fashion, hats or horses. As an American who has followed the Royal Family since the beginning days of Charles and Camilla, I simply cannot understand how a nation of otherwise cautious, knowledgeable and well-mannered people can naively accept that John Tyndall attributed CO2 gas with global warming.

You see, the study of climate, thermal dynamics and meteorology did not solidify into an organized mindset until years after his death.  So, how can he be the co-founder of climate change if he knew nothing about climate.

As the UN and Royall Family dedicate themselves to finding one, a solution to climate change may never be possible as long as the British people allow one man' work to be misused and treated as scientific gospel rather than simple observation.

To better make the case that John Tyndall's work, while impressive as part of the emerging study of heat or thermodynamics, is not the great discovery of climate change that we take it for, here are a few more consideration that might help tip the scale in favor a renewed perspective of what climate change is and how to deal with it.

1. Tyndall lived in a pre-electric world. With coal, wood and peat being the primary fuel sources in England in the mid 1800s, it is reasonable to assume that a continuous stream of smoke emanated from the homes and businesses in the British Isles.  The cloud cover from that stable and continuous use of fossil fuels would have created the moderate, misty but occasionally stormy weather England is known for.  Until England began going solar, such atmospheric conditions would have remained even after electricity was adopted worldwide.  It was the presents of clouds, not specifically CO2 gases that Tyndall credited with keeping the surface comfortable. In reality, he was only half right--clouds keep the surface insulated at night but reflected the harsh effects of sunlight during the day. This, gaseous blanket kept the island cooler during the summer but protected it from extreme cold during the winter months. 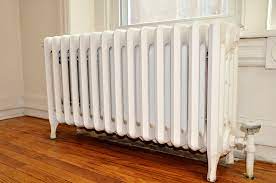 2.  Tyndall did not use the Sun or radiation in his experiments.  According to a post by the University College London (www.ucl.ac.uk), Tyndall simulated what he called radiation  in a laboratory setting only. In reality, the professor used a system of convection heat similar hot water radiators. The heat produced by sending hot water through copper or metal piping allowed heat to "radiate" into a room. Such a system does not, nor ever has, produced any form of radiation.  It is this type of language disconnect and misunderstand of Tyndall's work that has kept the world locked into a warped belief that carbon based gases cause global warming.

3. Recording weather data is not the same as understanding it. For all practical purposes, Tyndall lived a fairly isolated life. While we now understand that the planet sports five major climates and sub-variants of each, the professor spent most of his life in one. His main focus for his work was always proven that gases held heat (radiation). He had neither the interest nor the ability to understand weather as it pertained to the global environment.

The Danger of Augmented Data

The very sad situation before the global citizen is that thanks to the push of technology and the work of one billionaire tech guru with little or no scientific background, our global communication network, particularly where it relates to climate change, has been sterilized of all cultural and historic context. To Tyndall, radiation simply meant heat. To a computer augmented search by those seeking to link anything to cult driven environmental policies, it means giving credence to the movement that thought it could perfect human civilization.

Instead, this belief in clean air, water and food has brought us to a kind of civil war where political leaders have the power to wage war against the environment and jeopardize human life for the sake of their careers. Will they even think about stopping before our global economy again collapses?

So, as the Royal Family celebrates the Queen and her legacy of service and dedication, what will the future bring to the monarchy?  As a great believer in the corrupted  version Tyndall's contribution to climate change, only the Royal Family has the power to hit the reset button and look at climate change through English culture and language.

Certainly, politicians such as US President Joe Biden, the United Nations Secretary General and British PM Boris Johnson, do not seem to have the education  to look at the the information presented here and recognize that they have been misinformed by countless equally uneducated aides and staff.

Like the colorized photos that were augmented to celebrate the Queen's Jubilee, the version of climate change on which economic decisions are being made is based on an imagined reality.

With their decisions based on poor translations and an even poorer knowledge base, politicians must have help accepting they were wrong for fifty years. Will it be the monarchy that saves the World by giving its leaders that graceful way out?  This American certainly hopes so.

Posted by Sarah Schrumpf-Deacon at 5:55 AM