The Food Value Cost of Ethanol: The Inefficiency of the Uneducated Politican

The hungry man sees the folly of Bio-Fuels before the World is starving. Politicians wait for the World to be starving then blame farmers, truck drivers, and War for believing  in the illusion of abundant food.

**Special Note: Do you know why Putin waiting until after the 2022 Olympic games to wage war on Ukraine.  If you follow the global farm report you will glean that he, unlike President Biden, was waiting until the winter wheat crop was harvested, The Ukraine wheat fields are the largest in Eastern Europe  and feed not only Russian citizens but much of Europe.  Putin now has until fall to pound Ukraine before needing it is time to plant wheat again.

With a quick scribble, Joe Biden recently signed an executive order allowing fuel companies to add up to 15% ethanol to gasoline used in personal and commercial vehicles. His reason was two fold--to steer the nation toward a more climate friendly position and to drop the cost of gasoline by "sticking" it to the oil companies.

But does our President have even a clue as to what the cost of that move is for the American public. After all, US citizens have come out of a two-year economic lock-down only to see the federal government bungle everything from energy reserves to ever increasing volumes of commercially produced food that has been contaminated with foreign matter, and dangerous levels of bacteria.  Isn't it strange that the more our politicians focus on keeping us safe, the more danger we are in due to governmental inefficiency.

Mr. President,  Here's what one tankful of ethanol could take away from the US food supply.  Can America afford the biofuel World you envision and will we become dependent of foreign countries for our food in this time of transition?

The following list was compiled using a simple calculator (no computer modeling) and product conversion rates readily published on various agricultural websites such as the United States Department of Agriculture (USDA). These rates can fluctuate but are not generally disputed.

Production rates for ethanol, as reported on the internet, are very different.  They range from 300 gallons per acre to as low as 15 gallons per acre. For the purpose of this list we have chosen the MOST efficient operation and budgeted 400 pounds of corn for this fill-up.

Potential Food Loss for each 15 gallons of Ethanol Produced in the US. 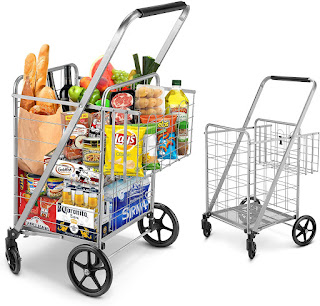 Has to be Fiction?

Certainly, the math could be off slightly but the federal government diverts tons of corn into alternative energy products every years at the expense of the consumer.  A 2019 estimate of ethanol production was reported at 15 billion liters or roughly 260 million tanks of fuel.

An Economy and Government Based on Waste

Sadly, it isn't Biden alone or Trump or even the last 20 years of President's who should be held accountable for this insane notion that an economy should be based on waste.  It is the bean counters and data collection people who create a false narrative of wealth and prosperity based on numbers.  It is the politician who diverts  money away from cheap and sustainable food programs and celebrity and media driven campaigns using catch phrases like Food Desserts and Stop Food Waste in America that promote such waste.

There is NO reason why anyone in the country should go without food. No reason except the federal government uses food and the environment as a tool against the general population and companies it sees as being to powerful.

If we unplugged our computers, forget the marketing campaigns and look for yourself, what you think is racism, poverty and discrimination may seem a whole lot more like propaganda promoted by this country's leadership not its people.

Posted by Sarah Schrumpf-Deacon at 2:44 PM