Certainly, it was going to be different after COVID.  And yet, the crashing suddenness of the transition from work-focused Baby Boomers to the adulthood-avoiding younger workforce came with a high price.  The older worker could almost feel a machine going down in time to stop a complete breakdown or smell the difference between clean stainless steel pipe and invisible contamination of a baby formula factory that would embarrass the United States in a way that other countries will not soon forget.

The problem isn't the young adults comin' up. Its how they were educated and trained.

As a Family and Consumer Science Teacher, career readiness was part of the curriculum.  By the time the Bush administration revamped education by focusing on testing, the Obama administration changed directions and made computers and gadgets the most important part of leaning.

To better illustrate what was once taught before enering the workforce, us old people listed a few no-nos to keep in mind. 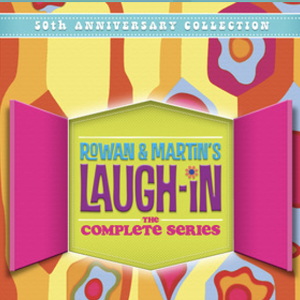 1.  Using "Gotcha" as in a professional context.

It might sound new and non-committal but that word translates into being used, swindled or fooled for most older adults. To understand it in a visual context, Google Laugh-IN Gotcha and see what YouTube has to offer.  Artie Johnson was the king of the lewd and crude "Gotcha" moment. I talked with 9 agents in a introductory call and found half used the term regularly. Another three used it at least once in the conversation.  Your trainer was WRONG!

2. Showing up at Dinner Time

A great joke in rural communities, showing up at after the office closes be convenient for the agent but it is still rude and disrespectful for the potential client. Use the Golden Rule if you want to make that sale.

Privacy is important and it only takes one slip up to go from respectful agent to invasive and untrustworthy creep.  It isn't worth the risk.

4. Showing up without an appointment.

Retirement does not mean "doing nothing".  You are invading their home and turning it into a place of business.  Clients are people first and profits second. They do not owe you a living.

5.   Using the phrase "Your kids would want you to"

No child wants their parents living a solitary lifestyle because they are spending 50% of their income on insurance and healthcare. Insurance is not a means of inheritance although it is often sold as such.  Moreover, using guilt as a sales tool is just plain despicable, not to mention unethical and possibly elder abuse (federal definition)

6. Using the phrase "Let me decide for you"

Again, they are the client not your ticket to a large home. Agents are licensed as advisors not guardians.  Walk that like carefully to avoid the appearance of financial mismanagement.

LIke Mark Twains quote of his death, reports about dementia have been found to be side effects of medical treatment and poor nutrition rather than age alone. One day you will be old and you may be treated as a second class person.  Again, just because you are legally providing a service does not mean you are not guilty of taking advantage of an older client.

8. Adopting the attitude that you are doing it for them

Lieing to yourself about why you sell insurance is a great way to cross a line that can have some serious consequences. You know if your client is struggling because of the level of coverage you or your company push.  Karma always pays back greed and unkind actions.

9. Using criticism as a way to instill fear.

Your training may say to point out all the flaws in the property so as ti justify the need for insurance."A few branches can cause the whole roof to go in a storm Is this a plug for your brother-in-laws lanscaping service or a reference to a previous claim that has long since been resolved.  Either way, using fear is a pretty poor way to make a living.

10. Forgetting that insurance has its roots in organized crime and extortion.

The line between legal and illegal use of insurance sales as a requirement for home ownership is approaching the old days of the "protection rackets"  Al Capone would be impressed how insurance companies have gained Congressional and State Support for something he had tried to do a hundred years ago.

Insurance like health care is a very large component in an artificially inflated and service dominate economy. Curbing insurance costs is an important part of a long and financially viable lifestyle for all Americans, not just its older citizens.

Think twice before you advise seniors to carry masive amounts of insurance. Its our Country's economic viability that is really at stake.

Posted by Sarah Schrumpf-Deacon at 9:52 PM