** To help make this article's point that Facebook data is, at best, erroneous, this author is listed as an administrator on no less than six Facebook pages.  Truth is that only one of those pages has been used in the last three months and only two have been used in the last year.  The idea that six pages provides six unique opportunities for ad exposure is completely false. 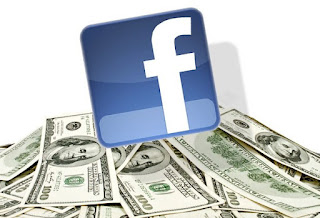 As if Facebook doesn't make enough money from its platform, the recent push to get users to reset their accounts is one quick and rather unethical way to scam advertisers and manipulate user data.

In the advertising world, this is a common practice. Change the way you define your viewers and you change the way it appears to those placing ads.  After all, if you do not make it look good on paper then advertisers will take their money elsewhere.  By renaming the company, re-profiling users, and changing up the way ads are received, Facebook (like Twitter and other media) applies false advertising methods to trick its own advertisers.

Recently, Facebook re-profiled our Just a Touch of Sass page.  Only after the process was completed did FB explain that the separation was irreversible with a clean slate and five years of lost posts. Rather than take the time and effort to re-post all our articles and then re-link them to older posts, Just a Touch of Sass has said good bye to Facebook for good.

So WHY? does America tolerate this level of fraud and sleazy business models in our technology sector.  We reward greedy and abusive start-ups as long as they promise us a job.  In attitude, we are still the refugees who escaped poverty in Europe, worked the mines, forged the steel and were injured in countless factory fires because  we believe hard work pays off.  It seems today's technology operations believe something very different. ,

Interestingly, European countries have not only fined Big Tech for these practices but also levied heavy tax rates on income. After all, technology does not really build anything lasting. Without electricity, technology doesn't exsiste and that should tell us exactly what it is worth--NOTHING.

Furthermore, Its expenses are low compared to its revenue (that's call a high profit margin) and it accepts NO responsibility for copyright infringement, misrepresentation of the original author's work and is driven solely by supporting its own narrow cultural philosophy.  It can't even claim to be an advocate of Free Speech since advertizers cannot say or promote any business in direct competition to itself.

Just a Touch of Sass will continue to operate as it always has--with little or no thought to advertising revenue.  Perhaps this break with FaceBook is just the push that is needed to take this blog to a wider and more diverse audience.

Look for us after the New Year to see if we make that dream come true.

Posted by Sarah Schrumpf-Deacon at 11:42 AM