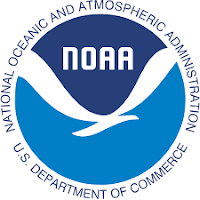 ** This week (April 10, 2022), The Guardian took information from the NOAA report to create emotional appeal of one community for climate change reform. To see the response to that article go here.

So, if the news reports are correct, the National Oceanic and Atmospheric Administration (NOAA) has predicted a definite rise in sea level 30 years from now. The agency's advise is that a huge infrastructure expenditure supported by the Biden administration and Republican backed businesses will solve this problem.  Please forgive the snarky attitude, but isn't this the same federal agency that failed to accurately predict an early Monday morning snow storm that caused the closure of I-95 south of Washington, DC that left hundreds of motorists stranded.  Excuse me but there might be a credibility problem here.

It is sad to see a country with such creative and knowledgeable people become puppets of technology and economic interests.  Is Bill Gates interested in finding a solution to climate change as absolution for creating a personal computer that was a fine invention but warped the ability for critical thought and honest scientific inquiry? Is the federal government so afraid of losing the respect of the World, it must put out misinformation to shore up its knowledge base and image?  Either way, the reliance on computer data and prediction has turned our culture into a misinformation groupie and our government into grifters who manipulate the data to build wealth like a house of cards.

What the Report Said

Circling back to the study at hand, it isn't necessary to read the report to determine the selective nature of the information.   The original article from the NOAA website (found here) is headlined as U.S. coastline to see up to a foot of sea level rise by 2050 and hedges the information a bit more than some of the major media outlets.  Changing the wording to ratchet up the sensational nature of the headline Forbes magazine switch the verb to "Confirms", NASA deleted the phrase "up to", and ABC news added the creative touch of defining a foot of possible sea level rise as "Century of sea level rise".  And we wonder why there is so much distrust about climate change information. Moreover, if this is the level of disinformation that is advising our President, Cabinet and Congress on such matters, how can the world every find an answer to the fuzzy concept of Climate Change.

To make this short, here are five reasons this information is fairly worthless and money spent on infrastructure will do little more than line the pockets of those with government contracts.

1. Changes in the shoreline result from erosion not increased water level.  Any high school geology book will describe how the boundaries of rivers, lakes and even oceans change with the erosive action of waves.  The idea of a permanent shoreline goes against the natural order of the Earth and is a function of man's resistance to change or financial loss. Upscale resorts have been bringing in sand and other materials to repair erosion for decades. NOAA should explain rather than become part of the political discussion about government spending.

2. A one foot rise is not that drastic.  As part of its mission, NOAA tracks the tides that occur on a daily basis.  Terms such as sea level, high tide, low tide, storm surge, etc are approximations of the ocean level at any given time. No two days are exactly the same but are impacted by weather, time of day, phase of the moon, month of the year and even inland rains.  More importantly, even in the center of the ocean, the water level heaves or bulges approximately 2 feet every 12 hours. Tides in coastal areas can vary more than 10 feet from high tide to low tide. One more foot of water will be just a day of good surfing.  ** Remember that in March of 2021, the EverGiven cargo ship was finally floated in the Suez Canal as a result of  an extremely high tide which allowed the ship to be moved. That tide, at 7 feet, only lasted for  few hours.

3.  Coastal cities are rarely at sea level.   The majority of seaside communities are at least a few feet above sea level. If you have gone to the beach and looked back at land you typically have to look up. If you have to look up to see your hotel or condo then they are at least 6 feet above sea level.  Here are some elevations to provide more proof.  Virginia Beach (12 ft average),   Savannah GA (49 ft), Dayton Beach, FL (13 ft), San Diego, CA (62 ft), San Francisco (52 ft), Gulfport MS (19 ft) and Galveston TX (7 ft).

4. More water than you think.  It takes a great deal more water to raise the world's oceans by one foot than you think.  With 63.5 million square miles of ocean that works out to about 2 MILLION TRILLION gallons of water.  But the seas only store the water that the land doesn't use.  It's hard to remember that floating ice will not raise water levels any more than it already has in the same way the ice that melts in your glass does not cause it to spill over.  Every living organism is made up mostly of water--even cactI.  To make a better point-- if all of the 8 billion people died and the water in their bodies flowed to the sea, it would amount to less than a trillion gallons. That's a long way from 2 MILLION TRILLION.

5.  Bad computer and math skills.  There is a big difference between plugging data into a spreadsheet and understand what the results mean. The factors that come into play for this type of study are nearly impossible to put into one study. Remember everything on the planet uses water. Those water levels, in lakes, plant tissues, animals and the atmosphere, are constantly changing. To say that you can predict a 2 MILLION TRILLION gallon increase of unneeded water would mean that you could account for exactly how many living organisms there are, how much water is stored in underground reservoirs,  how much is the humidity is in ever part of the globe and exactly how much ice is currently on every mountain top, glacier or polar location.  Then there is the season of year, the time of day, the gravitational pull of the moon and how many ships are on the ocean at any give time. A Computer is a wonderful tool but it cannot, has never been able to and will never be able to accurately predict the future with 100% accuracy.

Trusting the Weatherman but not NOAA

Recently, The Atlantic published an article highlighting the trust people have in the local Weatherman.  That person is an important connection to weather related information. But all of that information comes through NOAA and that is where the problem lies.  To stay in line with a 50 year environmental policy, federal agencies have had to interpret weather data to support the position of the administration whether it is accurate or not. Taught to believe the science that agrees with policy, there is a difference in what is now beleived and what was taught prior to 1970.

As we started is Bill Gates looking for absolution for creating a machine that he promoted as something capable of thought when all he did was create a fancy file cabinet. Computer modeling is only as good as the person using the computer.  As you can see, the conclusions of the most recent NOAA study are questionable from a science viewpoint but very understandable as a politically motivated marketing tool for further infrastructure spending.

Posted by Sarah Schrumpf-Deacon at 8:07 PM