Infrastructure 2021: Why Politicians Should Never Be Lawyers 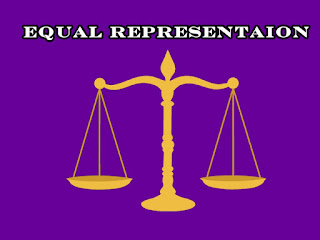 On Friday afternoon (9/17), with less than two weeks before a potential government shutdown, the White House (per Bloomberg) quietly began to pressure state and local governments to support the the $3.5 trillion dollar spending bill and debt increase. The all-too-familiar process (used multiple times by both parties over the last two decades) threatened funding for Medicaid, school lunches, and Social Security recipients. After all, who better to disenfranchise than those who are so poorly and unequally represented in Congress. It is a typical and standard part of the budget process and because it is so common, it is even more disgraceful by its use in a time of apparent crisis.

One isn't sure who is crafting the messages that come out of the White House these days, but as the wording is straightforward and well-written, it is also harsh and lacking any semblance that those who make the decisions recognize that people's lives are at stake. Perhaps, this is why politicians should not be lawyers and why lawyers fail to make good leaders.

The Law and the study of it is fascinating in its intricacy. Its special language, a combination of Old English and new phrasing, would impress any good con artist with its lack of transparency.  Then, there is the process that must be followed--a set of rules that, like poker, carries a certain amount of swagger and bluff to be successful. Cards are laid on the table only when one has the already won the hand.

Portrayed as blind and balanced to be fair and equal to all, justice is not the goal of lawyers, nor politician, but a negotiating tool to gain support for personal and political agendas.  Sadly, the farther this country gets from the writing of its Constitution, the more there is an understanding that the law only serves to divide by elevating one group over another.

By the early 1800s, just 25 years after the Constitution was ratified, the land owners, scholars, inventors and businessmen that sought to design a "more perfect Union" knew they had failed. Largely replaced by elected officials schooled and shaped by military service, wealth or legal education, there was little room for someone with a real world perspective on how daily problems should be remediated. Those, like Daniel Boone, and then Lincoln, who spoke for the common man, were a minority and still are.

How did a country founded on working class values lose its edge? In the same way it happens today, those with education and wealth easily took control of a fledgling country with an uneducated and easily manipulated populace.

Many with educated and noble family backgrounds (Kamala Harris) had emigrated from countries which experienced political upheaval.  Some. like the Kennedy and Trump families, knew that government office could profitably steer business in a desired direction. Others with social connections and wealth saw it as an appropriate calling for the younger generation as a way to ensure the family legacy or to recover from financial ruin (Joe Biden).  Only in exceedingly rare cases did someone achieve political success with a background of hard work and relationships with ordinary people.

What makes law such a poor background for a leader?  Simple, the act of being a lawyer is about defending one narrow position according to the rules of law. It is not about right or wrong or even justice, but about persuading people to think in a particular manner.  Some examples  might help it be much clearer.

Could it be that our government is not broken but a congregation of 536 (Congress plus the President) homogeneous career-oriented people whose focus is no less narrow-minded than a radical dictatorship or religious cult. Isn't the Law a kind of Bible behind which government stands when criticized?  Does government not seek to bend 330 million people to a single way of life that is much like the caste-system in India and religious extremists in Afghanistan.  Is a system based on wealth and lopsided protection under the law any less unjust for Americans? Doesn't the Law allow all three of these systems to exist openly?

Historically speaking, the American system was set up with three branches for the purpose of bringing different perspectives to the governing process.  Only the Court system was intended to be run by those familiar with the Law.  Unlike the nations that grew out of the British Empire, the US neglected to protect the "commoner" and provide equal representation so that poor and lower-income people could attain elected office as easily as the educated and well-of.

Over the next few weeks, the country will be witness to the failing of a political system led by those who understand the law but not human nature. Wouldn't it be interesting to see how leadership changed if lawyers were banned from holding elected office.

Who knows, it might bring us full circle to how the Constitution is supposed to work--of the people, by the people and for the people.  An interesting thought, isn't it?

Posted by Sarah Schrumpf-Deacon at 8:19 PM