Removing the Bandage: Why America Cannot Move On From its Past

There are some things that just come with age.

One of those well-developed, hard-learned lessons is knowing when to let go of the past. It is regrettably a level of maturity that Americans have yet to attain.

As Memorial Day begins a string of "national" holidays that will take residents into the religious season, the sad reality of these special days is that, to many, they have little or no meaning. For a country that claims the level of patriotism it does, how can its citizens not understand the significance of days that speak of its history? What is it that makes Americans avoid the good, bad and ugly of its past while expecting accountability from its government and those who had nothing to do with the events or their outcome?

Like a wound that is allowed to fester instead of heal, America continues to pick at the scab with deliberate purpose to keep the healing process one that is slow and painful.  As long as Americans choose to nurse their wounds instead of moving past them, this land will never develop a national personality that embraces all races, religions and demographics.

As children, each of us can remember a time when a skinned-up knee or bad cut seemed to defy healing. Bandages were decorated with colorful characters and patterns to make the reality of the damage less frightful. Even disguised by friendly images, the covering grew more dirty and sticky until the chances of infection became more dangerous than the wound itself.  This is how America deals with its history.

In real life, bandages need to be removed every so often so that sunlight and air can allow them to heal.  That doesn't happen in this country.   What is it that keeps America from ripping off the bandage, tending to the wound so that it heals and proudly displaying the scar as a time when something was learned about life? Here the prognosis is always one of permanent damage and long and expensive recovery.

In the same way children fight to keep the bandage on, Americans avoid learning from their past for one reason--FEAR! Fear of what might be under the bandage, fear of what it might take to treat it and fear of how big the scar might be on the face of a nation that is still young, vibrant and at the top of its game.

The difficulty in bringing this country together within a single purpose has always been the same--a population of people who came here because it appeared free of rules and oppression.  Difficult, if not impossible to manage, any country founded by those focused on individual opportunities, freedom of choice and non-conformity in thought will experience growing pains. Nowhere in the narrative of this country's "melting pot" image is a desire for individual accountability and social responsibility mentioned. Even after 230 years, America has the mindset of a teenager whose citizens have yet to learn they cannot have the benefits of adulthood and the a child-like view of responsibility at the same time.   By removing the bandage, accepting conditions as they are and letting the wound heal, Americans give up leverage over government officials who are only concerned about winning the next election.

The Founding Fathers understood that the Constitution needed to focus on the collective, not the individual. The document specifically opens with a pledge to create "a more perfect Union." It then explains the government's place in order to "establish Justice, insure domestic Tranquility, provide for the common defense, promote the general Welfare, and secure the Blessings of Liberty"--not for some but for all.  It would only take three and a half years for strong individuals to require the Bill of Rights be added to elevate personal freedoms over the welfare of a new country.

Who is to blame for American reluctance to mature and move on?  The answers are many.

First there are those who expect government to solve their problems.  They are members of every political party, race and religion. They can be found in every income bracket and age range. Some vote but some do not. Some serve their country in the military while others fight for social justice. With a mindset that claims historical events impact opportunity, people cry "foul" when they are unable to meet their goals simply and quickly. They have not yet reached a level of maturity that government's provisions for opportunity are not equivalent to insuring success.  At one time or another, all Americans have found themselves in this place if they are honest with themselves.

Leaders that focus on the Bill of Rights and not the original Constitution make up the next group.  From the President down to the most respected citizen in an unincorporated town of less than 100 people, their tendency is to take the path of least resistance. Give those who protest  what they want rather than stand up to do what is best for all.  Like a parent that is tired of dealing with a fussy child, they reward immaturity by giving in to the temper tantrums of small segments of the country. Such leadership wins votes but causes discord because the majority is left to overcome the obstacles which now make the job harder. As happens with the small child, the tantrums only get bigger and more difficult to control with the child learning a very hard lesson as it ages.

Finally, it is the rich and famous who feel it is their place to enlighten the country by explaining what should benefit the whole. Former presidents and first ladies, talk-show hosts and entertainers, and even royalty from another country feel it is within their right to tell working America what is important. They are even paid millions of dollars by advertisers or campaign donors to objectify causes and people in need.  When was the last time these people purchased clothes from a thrift store because it was a way to stay within a budget, rather than accept government assistance?  In the world of celebrity causes, there is little respect for those who live responsible, socially aware and respectful lives. Good people are pushed aside to make room for those who pick at the nation's scabs so that their wound is validated rather than cured.

There is no room in the America of the future for pot-stirrers and co-dependents who weaken society instead of strengthening it. It is time to agree to disagree and respect the opinions and differences of others rather than profiting from them.

On this Memorial Day, every American has the ability to look at a hurtful past and deal with it on an individual level. Protestors, elected officials and those who create pod-casts as if they were sermons delivered from a pulpit cannot stop an individual from coming to terms with history.  The country that was founded on individual thought and choice is going to need to be the example for those who feel they hold influence over those who live here.  When individuals decide to come together there will be no stopping this country from becoming something that will benefit us all. 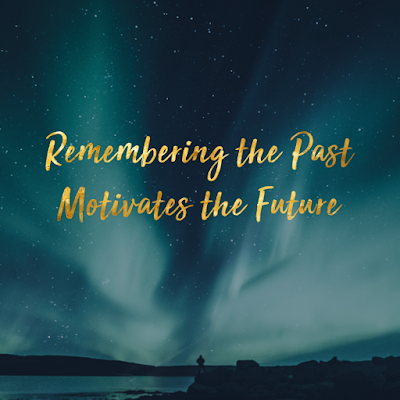 Posted by Sarah Schrumpf-Deacon at 12:06 PM