A Spoonful of Fear

A Spoonful of Fear: Prescription for Lousy Leadership


The old professor was short and wiry.  He leaned on the lectern with a stance perfected over years of marathon talks in front of uninterested students.  His voice was terse and unforgiving. His manner was not one of disinterest or routine but frustration from trying to impress on the young that there was much to learn from the past.  I was taking Western Civilization to 1900 in summer school in 1977.  While the grade I earned would do nothing for my grade point average, this course would leave me with lessons that have served me well over the years. 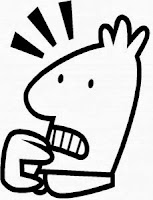 I remember very few dates and names, but I remember well the images that the old scribe placed in my head - how it felt, even smelled, to be in battle, how clueless different segments of the population could be to reality and, with no nonsense clarity, how leaders manipulated those around them through a steady diet of fear. A spoonful a day kept constituents at bay.

In simple terms, if you are an unpopular or incompetent leader, all you needed to do was create a threat to divert attention from the real problems. In return, the populus will solidify behind you and they would love you as you took them to war or economic ruin.  It was that simple and he recounted example after example of just such blind loyalty. Surely, it could not be that simple, I have thought over the years.  But as I age and have seen more than a few administrations come and go, I am beginning to see what he tried to tell us would happen..

Fear is a powerful force and can be used to hide a multitude of problem. No person is completely immune to its effects. One person fears gun violence and another fears taking away one's Second Amendment rights. When was the last time citizens were asked by their local government to band together to repel an invading group of people? That was the reason the Second Amendment was added to the constitution – because communities needed to protect themselves against warring tribes, and British and French forces seeking to conquer neighboring lands. How many will vote for a candidate who proclaims protection of gun rights when that person has no experience whatsoever in government? Are Americans not willing to spend millions of dollars to protect those around to fight any and every war to feel safe at home?
Abortion, infidelity, and sexual orientation are also great diverters of attention.. Abortion did not start with Roe vs. Wade. Women have been practicing the terminantion of pregnancy since early civilization. Natural herbs as well as dangerous semi-surgical procedures were used long before the Church became involved. If abortion has taken place for thousands of years, how can one argue that society will fail if it isn't banned. In the same way, sexual preference and infidelity are considered major issues but have been around as long as man (or woman).

So what should the American public fear? Take the national debt for instance. According to government sources, it is now over $20 trillion dollars. Such a big number is so hard to understand. It is the equivalent of running the entire Federal Government for 5 years. An individual or even a company that owed five times its annual income would be considered a poor risk by most lending institution. What is truly scary though, is that, unlike a bank loan our government does not really make payments on this debt? Two thirds of this debt is held by individuals, companies and foreign governments and repayment can be demanded at a moment's notice. The other one third, about 7 trillion dollars, is borrowed from the Social Security Trust Fund. Ever wonder why Congress never seems willing to increase Social Security pay to seniors. The answer is very simple – because it would mean that the national debt would need to be reduced and the only way to do that is to raise taxes or cut defense spending. At this point, Americans fear rising taxes and giving up protecting the world more than its leaders' choice to live beyond its means.

Fear is great for business as well. No one expects a pay raise when America is threatened at the very core of its being by illegal immigration. Business knows that as long as this issue looms in the wings, Americans will gladly tighten the belt and ask for nothing in return. It worked when the Scots-Irish came to the factories and the mines and when the Chinese were brought in to build the railroads. It works just as well in today's economy. And yet, it is the very programs that increase jobs and give companies tax breaks that entice immigrants to come to this country. Without the fear of losing jobs, would employees be so willing to make pennies on the dollar while profits were funneled into corporate bonuses and expensive retreats?

Maybe the time has come for Americans to see how their fear has been keeping them in their place for too long. Certainly, there has been enough questionable news over the last two years to feel a change in the direction of the wind of public opinion. More and more people are standing up to the rhetoric and expecting real action. They feel the need to call out “fake news” and “alternative facts” regardless of which side of the aisle is responsible. Americans may not be as divided as portrayed. A simple Low-Fear Diet may bring about the concensus that the media says doesn't exist.

I still think back to how much I learned that summer, how little it had to do with the past and how much it has to do with the present. Thank you Professor. I did listen in class and it did make an impression.

Posted by Sarah Schrumpf-Deacon at 9:28 AM